Peter and I are in South Africa for three weeks of exploration, including a visit to Keiskamma Trust, a grassroots organization in Eastern Cape, South Africa that we’ve been supporting for nearly a decade. Landing in Cape Town, we gear … Read More… 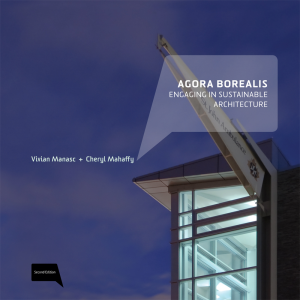 I met Vivian Manasc while writing an article for Alberta Venture about her position as one of the few women at the helm of an architectural partnership. After that piece appeared, Vivian asked me to chart her firm’s journey into sustainable architecture so that others might benefit from what they have learned.

By describing how four key buildings came together, the book builds the case that multidisciplinary teams with united purpose can create energy efficient, affordable buildings that exceed the expectations of both occupants and communities. It’s a story of the paradigm shift required to create buildings that transform theory into reality: a shift from silo thinking to pondering each decision light of its impact on the whole. The result: a new generation of green buildings that outperform the norm, each one better than the last.

Since 1991, Sport Central has been outfitting kids who otherwise would go without sporting gear. It’s Amazing introduces the often unsung characters who willed Sport Central into being and continue to power its growth. Still largely fueled by volunteer energy, the equipment bank has given many kids a push in the right direction. In this account, we meet volunteers as well as kids and hear what free equipment and subsidized fees have meant for them all. Along the way, the book illustrates key principles that have allowed what is now The Brick Sport Central to prosper in the face of daunting odds.

It’s a rare Edmonton kid whose sporting life hasn’t benefited from the generosity of caring adults. In a city that stakes its reputation on volunteerism where it counts, certain parents, coaches, retailers, teachers and community leaders have always extended a helping hand, equipping kids to play. That’s the heritage The Brick Sport Central carries on.

Even before the first kid walked in the door, Sport Central became a gathering spot for sports alumni and other volunteers—a Hot Stove League of willing hands. Led by a paid general manager and several key individuals, they make things happen: renovations, transportation, gear sorting and repair, fitting kids, fundraising. And they have fun. Going far beyond the call of duty on behalf of kids, they are walking testimony of the strong spirit of volunteerism for which Edmonton’s community is known.

Edmonton Book of Everything
MacIntyre Purcell Publishing Inc., 2007
Cheryl Mahaffy and other authors
$14.95

Fueled by brisk sales, the “Book of Everything” series has spread west across the country, reaching Edmonton in the mid-1990s. This city’s edition was nearly complete when the editors phoned from the Maritimes, looking to fill a few holes.

This is a book of lists, from humorous to thought-provoking, so of course I compiled lists. Including a list of best-kept secrets that says a lot about who I am.

Unlike many city books, Edmonton Book of Everything strikes a chord not only with visitors, but with those of us who live here. As I discovered when hawking the book on local talk shows, the slang section alone is sure to spark conversation, and often debate. Mayfair Park. Deadmonton. Millhood. Farmer blow. If you’d like to kick up some dust, here’s your ammunition. 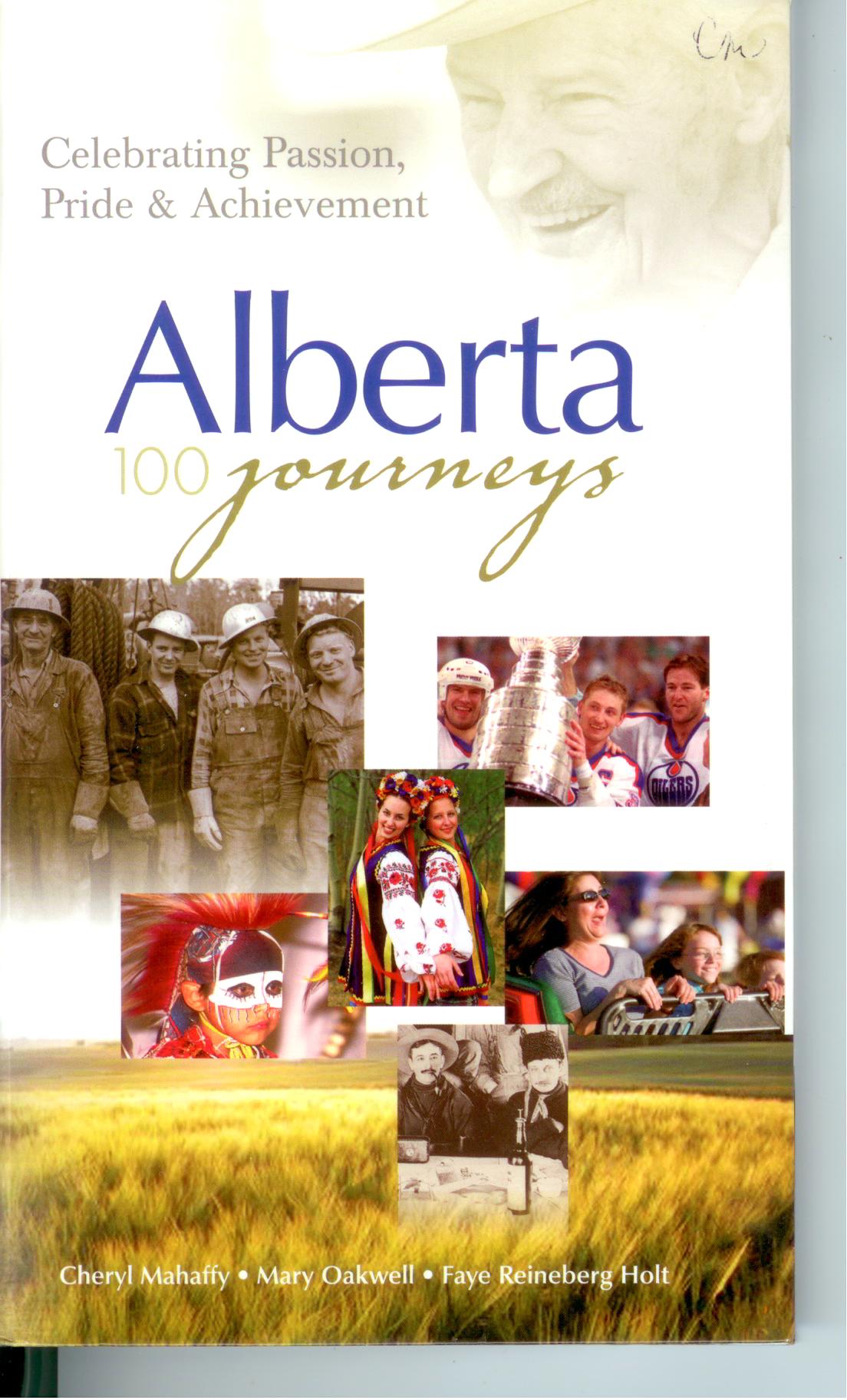 Two other Alberta authors and I shared the task of crafting one hundred tales of signature Alberta places, people and events to invite exploration, whether in an armchair or in person. In honor of its 80th anniversary and Alberta’s 2005 centennial, the AMA asked members to suggest favorite journeys and assembled a panel to choose the final 100.

Chief Bobtail Smallboy
Generations from now, native children will know Bobtail Smallboy (Keskayo Apitchitchiw) not for his Order of Canada but for the fact that he led his people from toxic reserve life back to sacred land….

Drumheller
If Alberta had its own alphabet book, Drumheller would be a shoo-in for “D.” D for Drumheller and its dinosaurs, not to mention its dramatic, desert-like badlands. What’s more, dinosaurs and badlands go together like tweedles Dum and Dee, for the same wind, water and ice that carve Drumheller’s badlands also turn up dinosaurs by the dozens….

Dry Island Buffalo Jump
Crunching along Township Road 344 somewhere between Trochu and Big Valley, it seems the rolling ranchland will never end. Then the car curves left, and your startled eyes sweep across a sunken moonscape of sculpted cliffs….

Edmonton International Street Performers Festival
It’s a sparkling day, the summer is young and gaggles of engaged fans give Churchill Square a friendly feel. The Edmonton International Street Performers Festival has descended for 10 days of hijinks and humour, and the city couldn’t be happier. Even the crowds that circle each act are shaped like smiles….

Edmonton Radial Railway Society
Peer down—way down—as the streetcar clackety clacks along the upper deck of Edmonton’s High Level Bridge, and you’re transported back to the earlier era when rail ruled this roost….

Elk Island National Park
A loon calls, drawing all eyes to the water just in time to see a coyote lope into view, dark against the blazing rays of a setting sun. It’s another perfect day at Astotin Lake in the heart of Elk Island National Park: a row on the lake, a stroll on the boardwalk, some sandcastle building, nine holes of golf—and now, an evening campfire with special effects….

The Famous Five
On Oct. 18, 1929, women in Canada became “persons” under the law. For that landmark step toward equality, we can thank five Alberta women who refused to take “no” for an answer: Emily Murphy, Henrietta Muir Edwards, Louise McKinney, Irene Parlby and Nellie McClung.
It started with a put-down… 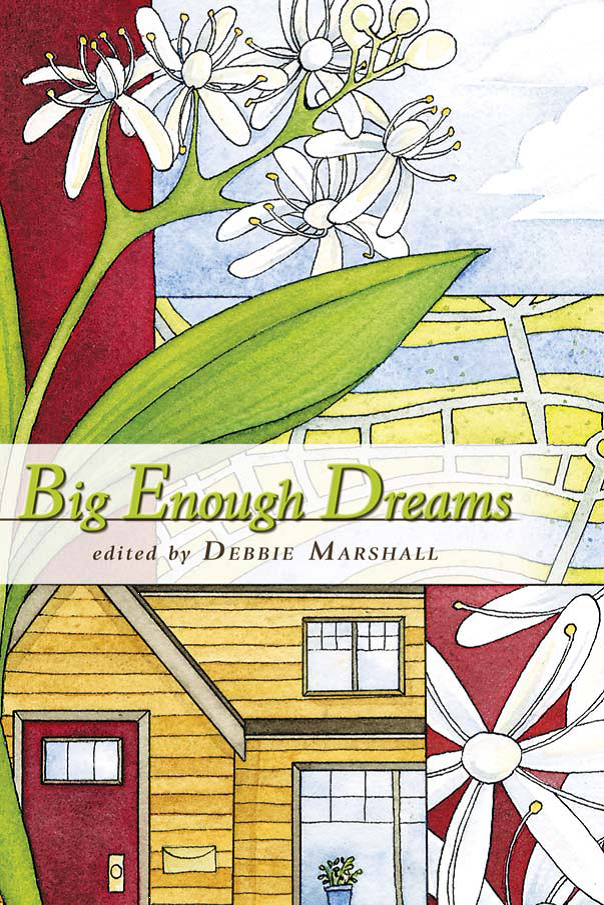 Entrusted with editing a book on Albertans with developmental disabilities, editor Debbie Marshall invited two dozen fine writers to contribute. I was honoured to profile John Benes, an Edmonton resident who loves to “do lunch” with friends.

Walking into an Edmonton Tim Horton’s, I’m on alert, scanning for a man who might be John Benes, Chief Volunteer Correspondent with Catholic Social Services. No sooner has the door swung shut than a likely candidate sidesteps past, angular face at an inquiring tilt. He circles out of earshot, so I turn instead to a woman near the front who’d been talking to him moments before. Perhaps this is Ella Zolotowska-Wyka, the outreach worker who promised to join us. “Are you waiting for someone?” I ask.

“No.” The woman looks slightly harassed, and I realize that this must be her second baffling interruption in as many minutes. Of course she isn’t Ella. Her table seats only two.

By now the real Ella is calling from across the restaurant and John Benes (that guess was right) and I converge at her table. “Get yourself a drink,” John orders, close-cropped head bobbing somewhere between “yes” and “no,” an involuntary gesture I soon recognize as uniquely his. “Get yourself a drink.” He has decided how this meeting should go, and step one is a coffee for me…. 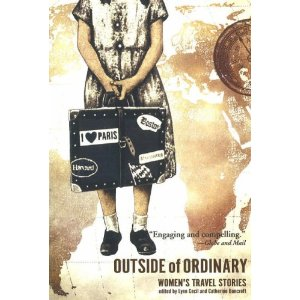 “Day and Night in the Horn of Africa”

In 1996, I joined a tour aimed at making connections with NGOs doing work in Eritrea and Ethiopia. Led by Tigist Dafla, an Edmonian with roots in both African countries, the tour was meant for women, but in the end included one man. Upon our return, I did some writing about that trip. But as my freelance business took off, most of those words gathered dust. Then a call went out for essays to include in an anthology of transformational travel stories. I lept at the chance to continue writing, and thus thinking, about questions of power and rootedness that arose as we heard Africans talk about such imbedded issues as female genital mutilation.

…. The lights dim, the video begins and a beautiful little girl in blue wins our hearts, peering out from behind her mother’s skirts with that shy pre-teen smile. Next minute, she is screaming, screaming as blood spurts from her vagina. The women behind the girl, holding her down, avert their eyes. The mother, far from stopping the pain, is causing it to happen. She has sanctioned this mutilation—this circumcision, if you can call it that, on her own child.

I sneak a glance around the room. Am I alone in feeling sick? Stomach sick and heartsick. I’m not alone. We’re all intent on getting through this bravely, all the while willing it to stop.

And then it does. For us, at least. Daniel, our fill-in-the-gap traveling companion, has fainted. As others dash to grab wet towels for him, I splash water over my face, then—forgetting the rules for this journey—cup water from the tap, drinking to wash the image away.

But it won’t wash away. While we westerners worry about drinking Africa’s tap water, thousands of girls around the world each day endure a cutting that opens their body to infection, childbirth complications, even death. For them, this is not simply a video with stop, pause and rewind. This is life minus clitoris, labia, perhaps vulva, minus space even for menstrual blood to flow. This is tradition so powerful that mothers bring their own daughters to the knife, believing it best.

What force, I think, could ever persuade me to subject my two daughters to this? 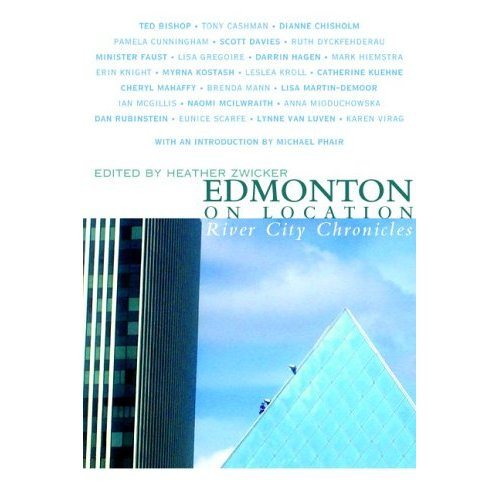 While wandering our river valley one day in late 2001, Edmonton native Heather Zwicker awoke to the fact that the power plant and other nearby structures were suddenly old enough to seem historic. Intriguing. And unknown. Thus began the journey that led her to edit Edmonton on Location, a series of chronicles that give us a city that is at once creative, ugly, loving, hating – in short, intriguingly contradictory and alive. My piece in the anthology follows the rescue of a painting that helped redeem a former drug house, which became a safe haven from the streets for a short time before being condemned and destroyed.

A strong, determined Aboriginal woman gazes clear-eyed from the centre of a mural standing sentinel at Alex Taylor School, 9321 Jasper Avenue. Unveiled Jan. 28, 2004, this addition to Edmonton’s expanding array of art in public places is a work whose journey echoes the two-steps-forward, one-back reality of life in the inner city.

The vibrant 7’x11’ painting began life a decade earlier, indoors, created by Eugene Demas to help transform a notorious drug den known as the Fortress into Kindred House, a drop-in centre for women and transgendered individuals in prostitution. Painted directly onto fortified concrete walls, its blanket-like zigzag border opening to an expansive backdrop of mountain and star-studded sky, the mural infused a measure of beauty and hope into what had been a place of evil… 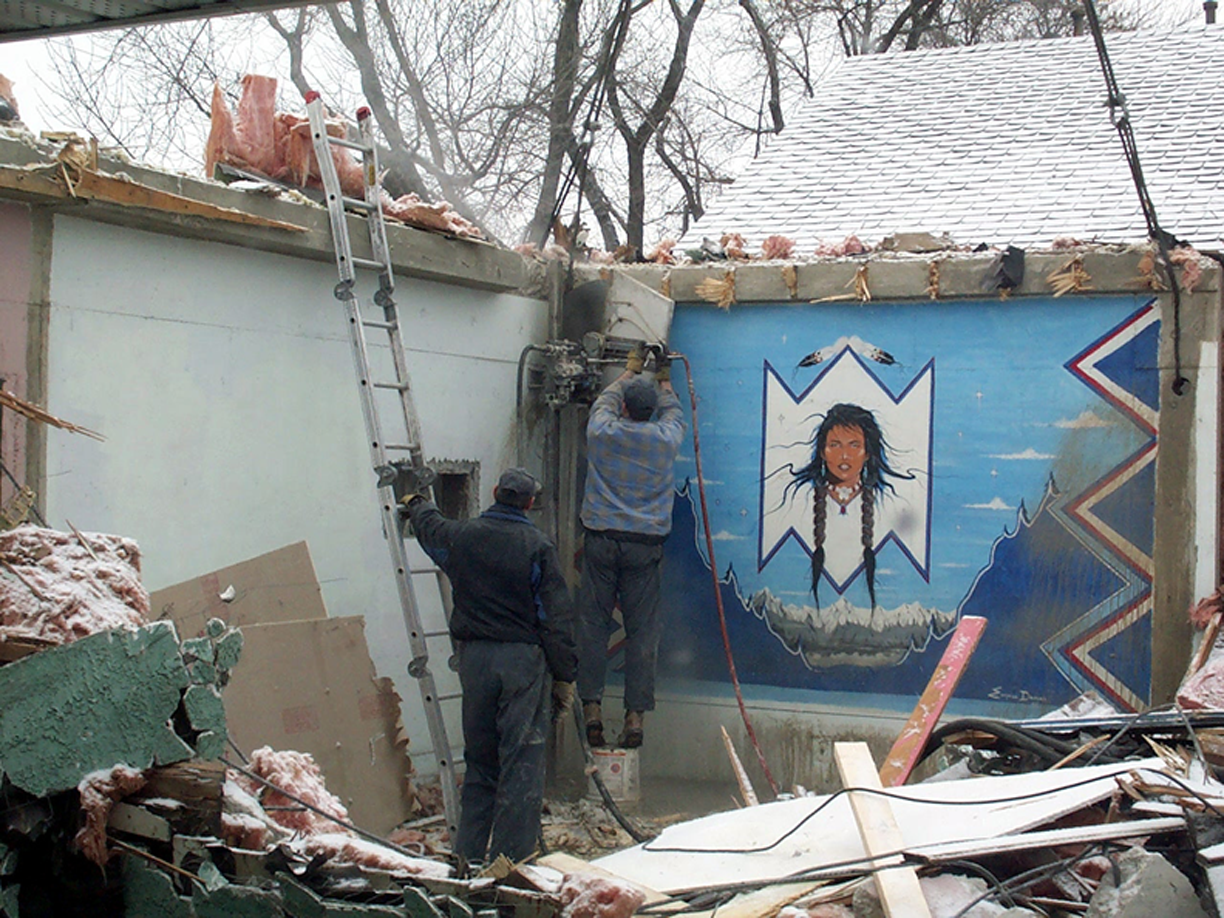